For Maiden Voyage guitarist, Ryder Hampton, life is great. He and his bandmates are embarking upon an epic European double headlining tour with their friends from Social Sinners with the band Embrace the Fear opening for them.

Since joining Maiden Voyage in his twenties, Ryder’s life has been a whirlwind of the cliched, “Sex, drugs and monumental doses of Rock ‘n Roll. And he’s loved every minute of it from the sold out shows to the revolving door of bed partners.

Max Hightower has always been a team player. Whether it was working with his team in the Marines or now with the private security company, Ventura Security. These days, his job was to have the backs of a band of musicians. One band member in particular he'd allowed to get too close and now emotions were involved.

Ryder Hampton had left his mark on Max's closed-off heart and now Max's job was in jeopardy. Falling for your principal wasn't safe – nor smart. Neither was missing the mark on protecting him and now Max was guilty of both. The security detail he'd begged his boss for had turned out to be the one that could ruin him and shatter his heart too. Max couldn't allow either option to happen.

Maiden Voyage series must be read in order as each book starts where the last one ended but is from another band members point of view:

When he was nine, he lost his parents in the same car crash that permanently disfigured him. His injuries set him in a never-ending race between doctors and painful procedures.

“When I glance in the mirror, the reflection I see horrifies me, and terrifies those who dare to take a second look. No one cares to learn how I became this way, this hideous mass of burned flesh. I wasn’t born damaged, but tragedy made me the man I am. On the outside at least, which is where you’ll see the beast…”

Why can’t they see me for who I really am?

See me for the love I bring.

Available on Amazon:  Coffee, Tea or Me

For Howie, the lonely barista, he longed for the dream life. Husband, house with a white picket fence, 2.5 kids and a dog. Sadly, all he could get were meaningless one night stands leaving him feeling…empty.

Jackson Milsap, the introverted writer, quietly pined for Howie from the corner of the café. Stepping outside of his comfort zone and asking him out on a date sent his social anxiety into overdrive. That was until the day he came to Howie’s rescue, forever changing both their lives.

Coffee, Tea, or Me is an MM romance novelette.

Available on Amazon:  Rules of the Game, MM Erotica

Kendall Shaw is in a rut. Sick of feeling like his dad’s personal puppet. Sick of being set up on less than stellar dates by so-called friends and family. Just plain sick of everything. That is, until Joe enters the equation. Joe Butler has worked diligently to build his architecture business and reputation, which has just signed its biggest client to date. A law firm with endless connections in the greater Seattle area. Connections that could elevate his firm’s status. When Kendall and Joe’s paths cross, sparks fly. But Joe has a strict no dating policy, especially when it comes to clients. But Kendall is relentless and refuses to accept no for an answer. In this battle of wills, who will be the first to give in?

Available on Amazon:  What Works For Us, FF Erotica

A lady walks into a bar…

Isn’t that the way it always starts? Bad joke or not, this is what my life had been reduced to. How does one begin again over the age of forty?

Instead of China, as was the customary gift for your twentieth anniversary, my husband decided to serve me with divorce papers. Literally that very day. Instead of citing irreconcilable differences, he informed me that not only did he have a girlfriend, but she was pregnant.

It took me weeks until I felt strong enough to venture out into the land of singles. And when I did, I quickly found it wasn’t the place for me. I’d resigned myself to call it a night after dismissing the final tool spewing his BS pick up line, when all I thought I knew about myself was swiftly cast aside when she spoke.

Her voice alone sent shivers down my spine…

Shunned and cast aside by his faith and family, Jamie is left to do whatever it takes to survive.

He comes across a group of kids in the same predicament, braving the streets of Seattle due to circumstances beyond their control. Lost souls who’ve slipped through the cracks of the broken systems society forced them into.  Yet they still offer what little they have to him, including their home.

As time moves on, darkness surrounds him and when one of their own fall’s victim to the streets, Jamie wonders if there’s anything left worth living for. When his savior appears out of nowhere, he finds it hard to believe its real because he knows he’s not worth loving.

This is Jamie’s story from the #1 Amazon Bestselling book, Greyson Fox.

Abuse by church and family members, cheating, drug usage, prostitution and thoughts of suicide. Flashbacks of the abuse are present throughout this book. These are the opinions of the characters and in no way reflect the author.

Greyson Fox, the man, the myth, the legend. The highly sought after, self-proclaimed permanent bachelor. Or so the rumor mill goes.

Sure, I’ve heard it all – but the one that stung the most was being called a heartless bastard. Love ‘em and leave ‘em, that one in particular I found to be the most humorous since only one man had ever shared my bed more than once, and he’d long since passed away.

I wasn’t the heartless bastard they all proclaimed me to be, but life had a way of kicking me in the teeth…Repeatedly, so I shut my heart off.

For years I thrived, building my empire and living by my own rules. Until one day, the walls came crashing down around me.

This book contains brief descriptions of human sex trafficking, as well as two mentions of sexual abuse, including a brief description of oral abuse and an attempted sexual assault. There is some physical abuse by the syndicates hands and a drug overdose so if those are trigger points this may not be the book for you.

Social Sinners follows the lives of its 4 band members from childhood, to present day. Each book is a continuation from the previous one based on a different band members point of view.

When Alex and Charlie first met, they instantly clicked. Throughout the years, their bond progressed from friends, to lovers. But when Charlie’s father passed away something inside him died too. Alex’s worst fear has come to fruition and their relationship may be over. He knows his heart won’t survive without its other half.

Things spiral out of control and Charlie’s erratic behavior leads to an intense argument, during which they’re forcibly pulled apart. When Charlie comes to, he finds Alex is missing. Frantically, he searches for him. But when he finds him Charlie’s surprised that Alex doesn’t remember who he is or anything about their life.

Will this unfortunate incident strengthen their relationship, or will it be the end for them?

the emotions or conduct of friends; the state of being friends.

a relationship between friends.

"she formed close friendships with women"

What happens when the definitions of said friendship are tested? When one feels something…more for the other? What if the feelings aren’t reciprocated?

Girl Crush is the story of that one time…

This novelette is catered to adults over 18 as it does contain a high level of consensual MF (1 scene) and FF sex.

In The Database, Emily Morgan is complaining to her friends over lunch about the lack of dateable guys out there, and how they lack between the sheets.

Much to her surprise, her friend Sabrina hands her a business card with only a website address on it.  At first Emily tosses it back to her, but once Sabrina explains the concept behind it Emily takes it back.

Emily embarks upon a journey that takes her from dating to ‘as needed one night stands’ and awakening her inner Mistress which she never knew she had.

What she doesn’t expect is Hunter. One of the so called ‘losers’ she’s sent to evaluate. But unbeknownst to her, this particular loser is aware of their club as well as his rating and is seeking redemption.

Claire Dover was no different. Her eye candy was Bryce Stanton.  Bryce entered her life her freshman year of high school.  He was on the school ice hockey team with her brother Eli and Claire never missed a game.

High school has since passed and now Claire finds herself attending the same college as Eli and Bryce. She always deemed herself unworthy of this hockey God, but little did she know, she was his ultimate goal.

Available on Amazon: The Sebastian Chronicles

3/20/2020 – this version has been edited with more than 5k words added to it. The ending has also been changed from MF to MM.

Throughout these chronicles, we live vicariously through our beloved Sebastian’s memories. Via his trials and tribulations, lost loves, and heartache.

Neither his exploits nor his love has any boundaries, but will he ever find that one soul that is fated to bind with his for eternity?

The novelettes in this series (in order) are:
1 – Sebastian, the beginning (MF)
2 – My servant, my lover (MF/MM)
3 – Wealthy ménage (MF/MM/MFM/Menage)
4 – Prohibition inhibitions (MF/MM/MFM/MMF/BDSM/Menage)
5 – The Tryst (MM)
All five are included in this book.

In The Awakening, book 1 of The Elders Trilogy, Jessica Cartright has come of age. On top of being new to adulthood and all it encompasses; her nightly dreams are haunted by a faceless man guiding her deeper into the darkness. Fight or flight mode ensues, but she’s trapped.

When she’s finally reunited with her first love, her dreams start becoming a reality. Is this a coincidence or are they somehow linked? When these two worlds collide, she fears for her life but finds there’s nowhere left to run.

In book 2 of The Elders Trilogy, Consequences, our heroine Jessica Cartright has been forced to leave the life she’s grown to love behind. Hunted by Rogue Vampires, a coven led by her fiancé David’s mother Lourdes, the Elders Council has moved them into their protective custody. Lourdes and her coven have made it their life’s mission to see to it that David and Jess never get married. The only way she can ensure this never takes place is by ending Jess’s life, no matter what it costs her in the interim. Hunted by the council for her crimes committed against not only human kind, but their community as well, will Lourdes be able to pull off her attack and escape unscathed? Or will she and Jess succumb to the same, bloody end?

Anthologies I'm a part of: 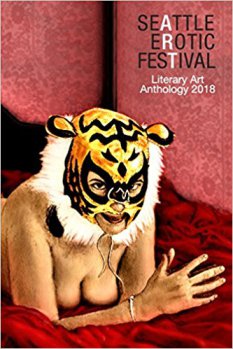 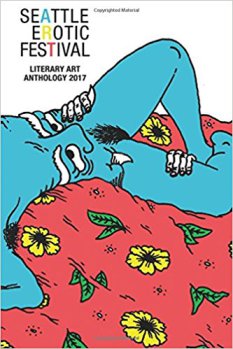 Via e-mail: tltravis@tltravis.com or using the form under the "Contact Me" tab 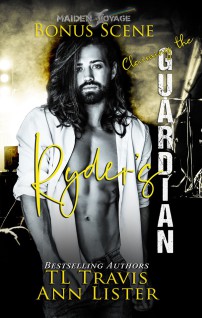 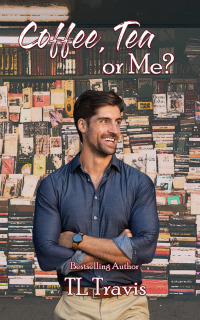 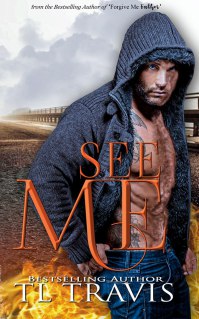 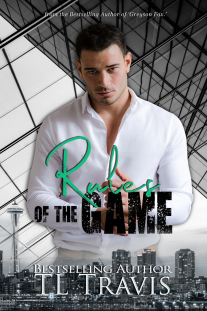 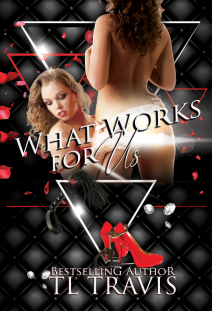 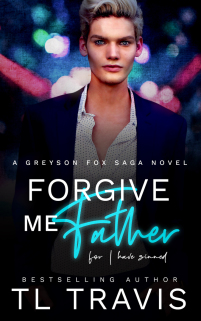 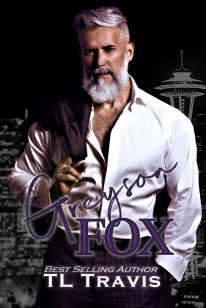 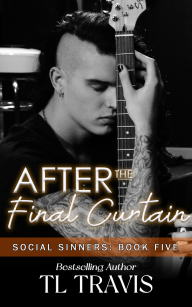 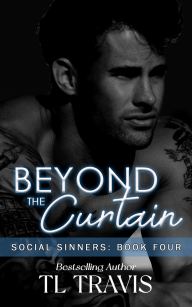 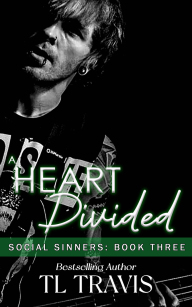 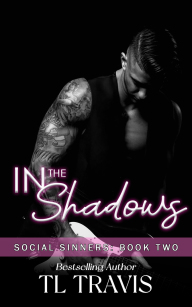 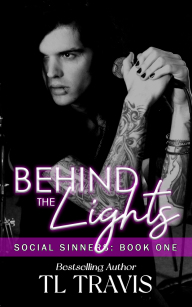 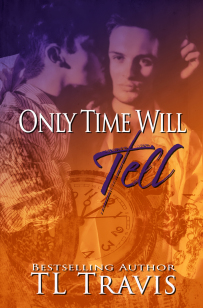 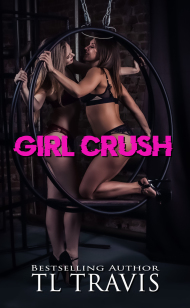 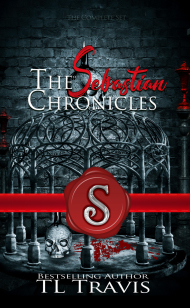